You are here: Home / Dogs / Addison’s Disease in Dogs Causes and Management

What is Addison’s disease in Dogs?

Also known as ‘hypoadrenocortism’, Addison’s Disease is an endocrine disorder caused by a deficiency of corticosteroids which are produced by the adrenal glands. It is more commonly found in dogs, and is in fact extremely rare in dogs. It is generally caused by the destruction of the adrenal cortices, resulting in hormonal deficiencies.

These glands (also known as suprarenal glands) are located atop the kidneys. The gland has an outer & an inner layer.

The outer layer of the gland, called the adrenal cortex, produces hormones including cortisol, DHEA, estrogen and testosterone. Cortisol is essential for life, it plays several important roles, some of which include; converting proteins into energy, releasing glycogen & has pronounced anti-inflammatory & immunosuppressive affects.

The inner portion of the adrenal gland is called the medulla & it produces produces epinephrine & norepinephrine (adrenaline), which during a stress response, raises blood glucose levels, blood pressure, and cardiac output. 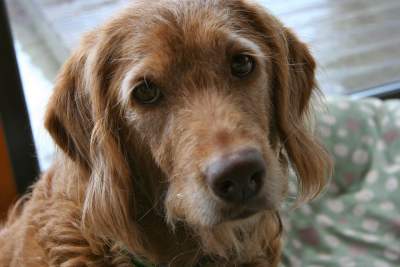 What are the symptoms of Addison’s disease?

Without treatment, a life threatening ‘Addisonian crisis (or adrenal crisis)’ may occur. The dog collapses in a state of shock. This is a medical emergency.

How is Addison’s disease diagnosed?

Addison’s disease has many symptoms similar to other disorders so diagnosis can sometimes be difficult. It is based on general blood work such as;

ACTH stimulation test: This test measures the ability of the adrenal glands to respond to a hormone known as adrenocorticotrophic hormone (ACTH) which is made in the pituitary gland, travelling through the bloodstream to the adrenal glands where it stimulates the secretion of other hormones such as hydrocortisone from the cortex. The ACTH stimulation test measures levels of cortisol in the blood before & after an injection of synthetic ACTH.

How is Addison’s disease treated?

Treatment is lifelong administration of the deficient adrenal hormones (corticosteroid and mineral corticoid). Initially, electrolytes will be monitored frequently & dosage will need to be adjusted according to your dog’s requirements.

Sodium (salt) may be need to be added to the diet.

For Addisonian crisis your dog will require;

And this is how you treat addison’s disease in dogs.