Are you looking for the best Arowana care article? Look no more for you are at the right place.

Arowana , also known as Dragon Fish, or bony tonguefish, is a rare and odd-looking fish that outgrows tanks quickly, earning it the reputation of dinosaur! All known species of the fish are known to grow to be more than 36” long.

Arowana is a fresh water fish that is actually referred to as a living fossil. It has an elongated body and a bony head. It is called a bony tonguefish because it has a toothed bone on the floor of the mouth, the tongue, equipped with teeth that bite against the teeth on the roof of the mouth.

Arowanas are carnivores. They are excellent jumpers and some owners claim that they can be trained to jump for food like dogs! Of course, it a dangerous game with the number of teeth this fish has! Be extremely careful when you feed your Arowana.

The ‘finger food’ joke is not a joke at all with fish. All species of Arowana are large and the fishes are rumored to catch low flying bats and small birds.

The two species that are commonly found in the pet stores are silver and black Arowana. These fishes are sold when they are very young. In fact some are sold with their yolk sack still attached!

But the fishes grow very quickly and you will need a tank that can accommodate a 30”-40” fish.

Arowana is not an aggressive fish but before you decide to keep an Arowana at home, you must consider the following:

When young, Arowana are fragile but past this stage, they are the hardiest fresh water fish. They rarely get sick (though they are susceptible to white spots) and have a life span of about 20 years. They look like prehistoric monsters and that perhaps is the charm of this fish.

Arowana is not a fish for beginners. It has weird eating habits and requires a lot of care and its space needs are truly dynamic.

The dragon fish, as Arowana is often called, is also rumored to bring good luck to the owner. Dragon is a Chinese symbol of good luck and prosperity hence the folklore.

Things to watch for in Arowanas – Arowana Care

To say that arownas are oddballs in the fish community is totally in sync with the picture these fish present. These dinosaurs of fish tanks look like living fossils are intriguing to watch and have in your tank.

They are also very expensive fish so when you buy them, make sure you are getting the best fish. When choosing these fish for your tank, look for the following criteria:

Its body will be straight, horizontal and the fish will swim in the upper level of the tank, close to the surface. At no point should the fish appear to be stiff or jerky. An arowana looks truly majestic when swimming.

A healthy arowana will look like that — HEALTHY. Watch out for signs of fatigue lethargy and avoid fish that doesn’t look in its element. Remember that arowana is a slightly aggressive fish that jumps out of water for its food.

The fish you select should exhibit the power and arrogance of the specie and all healthy arowana will.

Food For Your Pet fish

There are many different types of fish food made in staggering variety and they can be classified into three groups namely dry, frozen, and freeze dried.

Dry food comes in different ingredients and exists in various forms such as flake, pellets & sticks and wafers.

Flake foods are made by rolling the ingredient mixture into a thin sheet and drying it to form a ‘less than paper thin sheet”. It is then broken into little bits or flakes that are fed to fish.

These flakes are made from ingredients such as eggs, brine shrimp or earthworms and are fortified with vitamins and minerals. Flakes are designed to float, sink slowly, and quickly and thus provide the fishes to have equal chance to get their meal.

Flake foods are very popular with aquarists and are suitable for small fishes that are less than 4 inches (10 cm) so that it is able to sustain properly and provide a good vitamin rich meal for them.

Fish food can also be formulated into pallets and Sticks. Pallets are available in a range of sizes from tiny bits to hearty lumps. Tiny bits are small enough for the newly hatched fry and the hearty lumps are perfect treat for the biggest specimens.

Wafers are made from ingredients that are molded into disks which sink to the bottom when dropped into the tank. They are idea fed for herbivorous catfish, which feed primarily on the bottom.

These are food organisms flash frozen to preserve nutrients and were a substitute for live foods. Some example of frozen food are frozen brine shrimp, water fleas and bloodworms.

There are variety of frozen foods available in the market today which include combining the food organisms and blends of all sorts of foods. They are well received by aquarium fish and are nutritious treats for your pets.

These are light, dry and crumbly food organisms that are processed using low pressure and low temperature and preserving the original nutrition and palatability. Since the flavour and odour is preserved, this type of food is very appealing to the fishes and the feeding response for these foods elicit is remarkable.

There are other types of fish food such as “homemade” and live foods. Homemade are made by putting various ingredients in a blender with a binding agent like gelatine and freezing the resultant paste or gelled food.

Live foods such as white worms, baby brine shrimp, daphnia and microworms may be purchased and they have enormous appeal to most fishes but they are generally not commercially available in the market today. 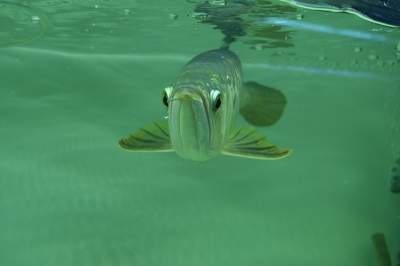 Arowana are strong powerful swimmers that can grow up to 4 foot in size and weigh in excess of 6kg. They have a lifespan of 10-15 years when  raised in captivity.

Cheap aquariums and aquariums that are selling cheap, but not necessarily inferior. You may have just watched the movie Nemo and it inspired you to want to keep a fish as a pet.

But then again, with the current tight economic times, you are on a shoestring and cannot afford anything expensive or fanciful. Not to worry, there are ways to keep your fishes if you know how to search and hunt down good bargains for anything.

Cheap aquarium supplies and cheap fish tank supplies can be found easily if you are shopping online. Many aquariums on sale here are cheaper because they are either sold in bulk or some suppliers have overstocked.

Where to Buy Cheap Fish Tanks and Aquariums

Think about the type of fish you want to keep and how much space is required. Measure your own space and see if the aquarium can fit into the space and will it cause inconvenience in the house.

You have to also take into account the space required when you are changing the fish tank water. If you have kids running around the house, think about the safety for both your children and the fish.

You can also compare prices of the fish tanks easily and the pictures of the fish tanks can give you a better idea on how it is going to fit your room. Shopping online also means most of the shipping and delivery of the aquariums will be done for you right to the doorstep.

Some of these aquariums can be huge and bulky and may need the professionals to move them in for you.

Others may find the process of keeping and maintaining the aquarium to tedious and time consuming. So look for deals like these to help you save some money.

Those in a hurry to sell their fish tanks and fish tank supplies are going to reduce prices to draw in the buyers. So you can look out for these cheap aquariums and cheap fish tanks on auctions sites.

Monitor the advertisements and see if the seller is still unable to sell their fish tanks. You can then contact them directly and negotiate until the price is low enough and right for your budget for your cheap aquarium or cheap fish tank.