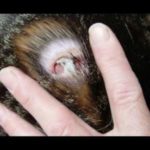 Also known as a "cutaneous abscess or subcutaneous abscess", a skin abscess in dogs is a localised pocket of pus under the skin. They are the result of infection (usually bacterial or parasitic) which causes the body to send white blood cells to the area to fight the infection. During this process, pus forms, which is a collection of dead white blood cells and cellular debris, … END_OF_DOCUMENT_TOKEN_TO_BE_REPLACED 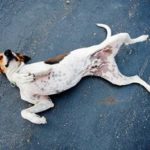 Glomerulonephritis in dogs is an immune-mediated disease that involves inflammation of the glomeruli, which are the filtering units of the kidneys responsible for filtering waste products  & excess water from the blood. Glomerulonephritis occurs as a result of immune complexes (an immune complex is an  antibody which is bound to an antigen) becoming trapped in the  … END_OF_DOCUMENT_TOKEN_TO_BE_REPLACED 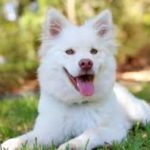 Do you know there are Dog eating problems and your canine might be suffering from one Dog Eating Problems - Ways Your Dog Eating its Food Can Give You An Insight Into Your Dogs Mental State And Health. A Dog eating is not a subject that interest many people, but how a dog eats and how fast it consumes its food may give you some important insight into your dogs … END_OF_DOCUMENT_TOKEN_TO_BE_REPLACED 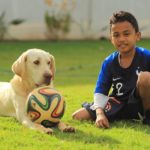 For Me And My Family? How Many Times Have You Asked Someone To Help Pick The Best Dog Breed For You And Your Kids? Once, twice, a hundred or more, now you need good facts and advice. So how do you set about choosing the best dog breed to stop making one of the biggest mistakes of your life? Which is the best dog breed for me and my children?  This site … END_OF_DOCUMENT_TOKEN_TO_BE_REPLACED 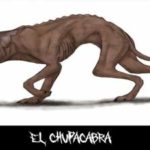 The chupacabra dog breed also known as chupacabras (Spanish pronunciation: [tʃupaˈkaβɾas], literally translates to "goat-sucker"; from chupar, "to suck", and cabra, "goat"). It is a legendary creature in the folklore of parts of the Americas, with its first reported sightings in Puerto Rico. The name is coined from its habit as people reported it to be attacking and … END_OF_DOCUMENT_TOKEN_TO_BE_REPLACED